Busted, Blown, Weighted, and Moved -- The First Show Of The Season

I love doing art shows and festivals. I really do - I get to spend two days outdoors in the fresh air, meet fun and cool people, and hopefully make lots of folks happy with my jewelry.

At one point, I was doing ten to twelve shows a year.  Yep, that's a lot. Since I moved, I've gone pretty much back to ground zero, discovering and applying for new shows and learning what works for me.

All that said, earlier this month was my first show of four (five, if I get off the wait list for one more) between now and September.  And boy, howdy, was it an adventure!

The Saturday forecast called for rain late in the afternoon. Except that the rain started right after noon. This was my view for four hours. 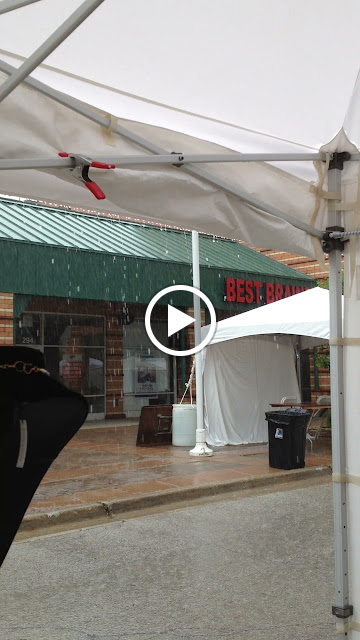 The silver lining is that my tent did not leak, despite many hours of saturation. The wind did not blow the rain into the tents.  And there were a few hardy souls who came out with their galoshes and umbrellas and shopped the show anyway. Gotta love 'em!

First day = not so great due to crappy weather.  Okay, Day Two was supposed to be sunny.

And it was sunny.  But it was also windy. Chicago windy. 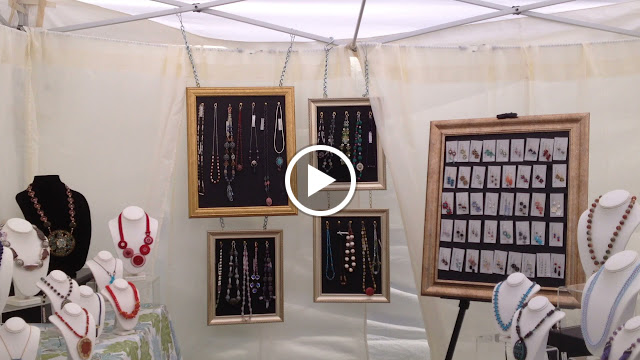 Necklace busts were flying all over the place -- this one finally gave up the ghost and broke in two. 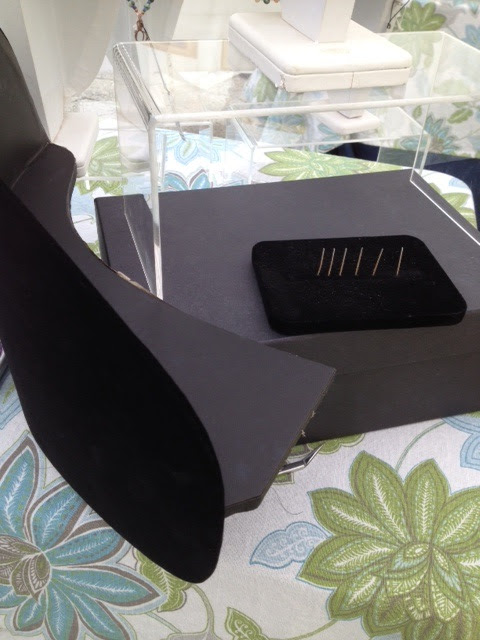 The clamp solution wasn't pretty, but it was effective. 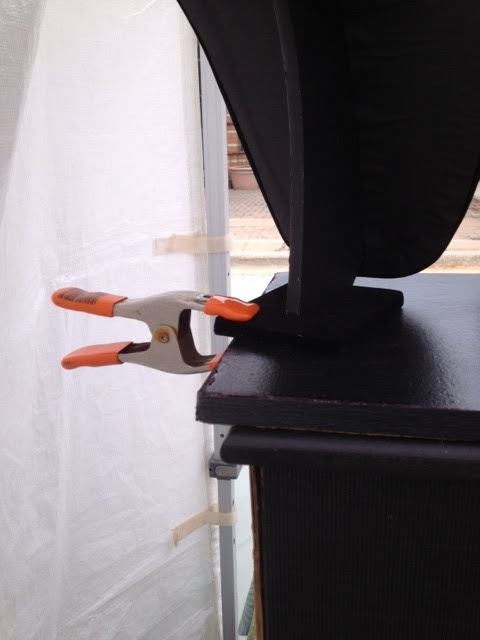 The show organizer required 40 pounds of weight on each leg of the tent.  I thought that seemed a tad excessive, but I dutifully strapped two 20-pound hand weights to each tent leg.


And thank goodness I did -- by the end of the day, the tent had stayed on the ground, but even with that much weight, it had shifted several inches from its original location. When the day started, the front edge of the table was inside the tent leg, not two inches in front of it. Astonishingly, none of the frames suspended from the tent fell, and no jewelry broke.  That, my friends, was a minor miracle. 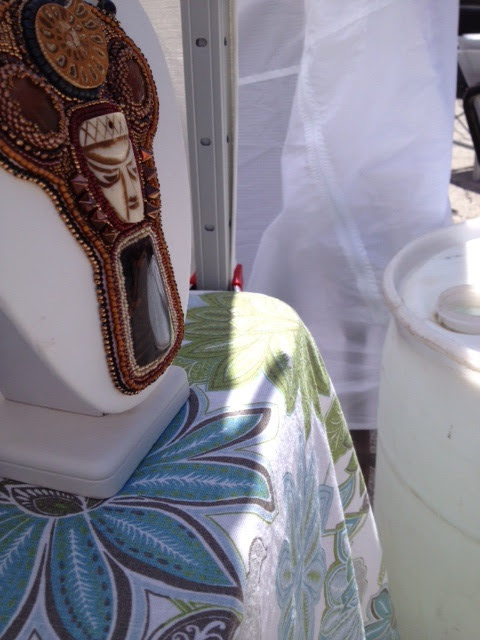 If you've ever eaten at Waffle House, you know they call the various preparations of their hash browns "scattered, smothered, covered and chunked." I'll forever think of this show as "busted, blown, weighted and moved."  And just like Waffle House hash browns, it's not a bad thing -- just not something you should experience too often!

So what did we learn this weekend? That an investment in a good tent is worth the money if you don't like leaky tent roofs. That when the show organizer says you need 160 pounds of weight on your tent, you respect their wisdom and experience. That necklace busts will bust apart after five or six impacts with the pavement. And, despite the soggy shoes from rainstorms and achy legs from chasing down flying necklace busts, I love doing shows. Next one in three weeks!