The Project That Ate My Bead Table (the Update)

Sometimes there are those projects that seem to stay stuck in an unfinished state.

So instead of being fabulously creative, your beading session becomes a little more like this: 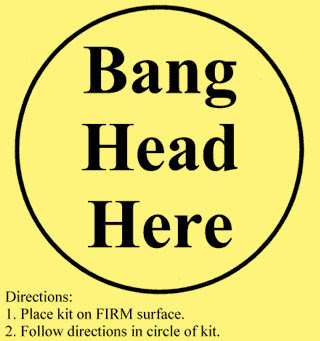 I have one of those projects. And a while back, I decided to use this blog as a means of keeping myself honest and motivated on it -- if I promised to keep you updated on my progress, I'll be a lot less likely to hide that puppy under a pile of other things. 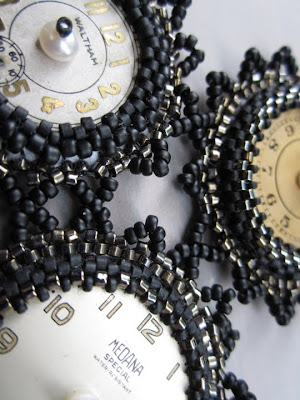 The first hurdle was how to bring these disparate components into a connected whole.

And that's the joy of beadweaving. And my thread clippers became my best friend as I ripped one attempt after another out and started again. But finally, the answer became clear (cue angelic singing here). 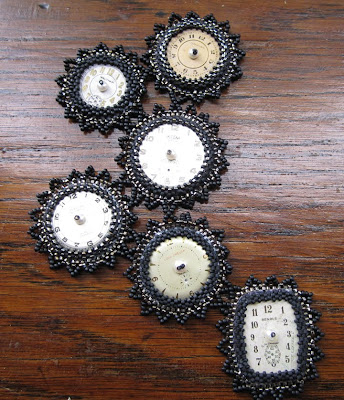 Now, joining these bits together with netting ain't rocket science. The result is not so complex, but all the pieces are now playing nicely together, awaiting the next step. And it gives me the flexibility to move in a lot of different directions from here. The ideas are percolating...

Oh those are just yummy! Love the colors. Can't wait to see the final piece!

that looks like such a neat project! love that sign too - i may need to hang it in my office :)